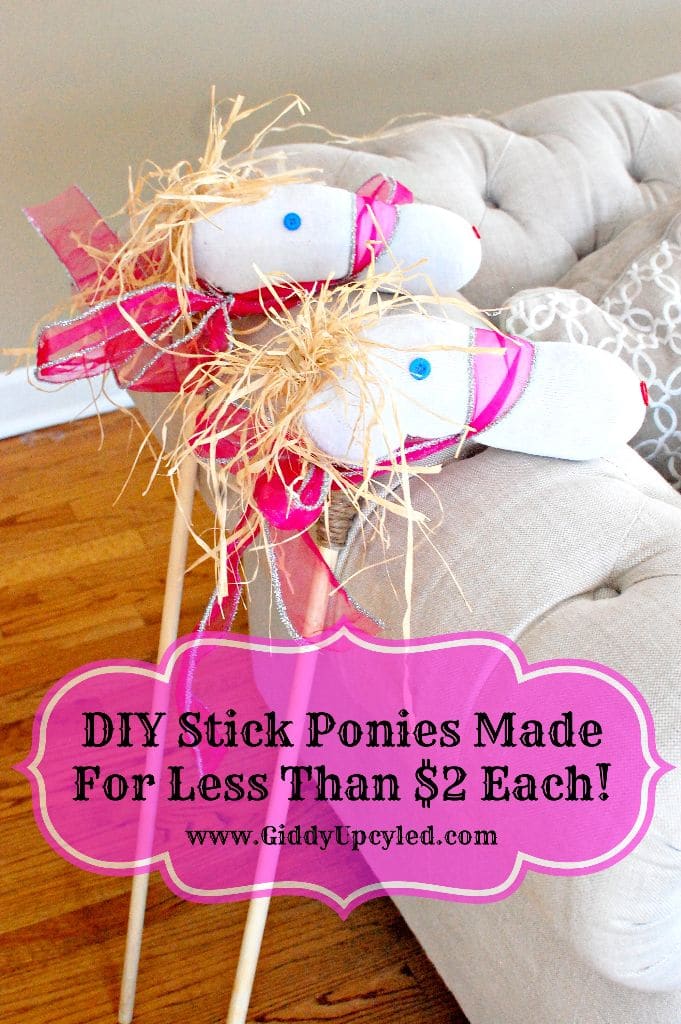 I have had a couple of people email me asking for a tutorial on how I made the Stick Ponies/Hobby Horses for my daughters recent Cowgirl Party.   Unfortunately I didn’t take a ton of pictures of the process, as we made them pretty quickly, the morning of the party.   Each one took probably ~10 minutes to make – You could probably crank out 8-10 of these in an hour or so.   They were SO easy, and so inexpensive to make, you could easily make them as favors for the party, for each of the kids.   I just made 2 of them, and we used them for a “race the ponies” game – they were a huge hit, several of the kids asked if they could take them home, so I kind of wished I had made one for each kid!

This is a craft that you can totally use leftover stuff from around your house.   The only items I purchased from the list below, were the socks and the dowels, everything else used leftover items from other crafts, so my horses were about $1.79 each.

1.   Fill a sock with the Poly Fil or whatever stuffing you plan to use.   Stuff it as much as you possibly can, the fuller it is, the better the head looks.

2. Stick the dowel into the opening of the sock and press it all the way up until the dowel is touching the top or the heel of the sock 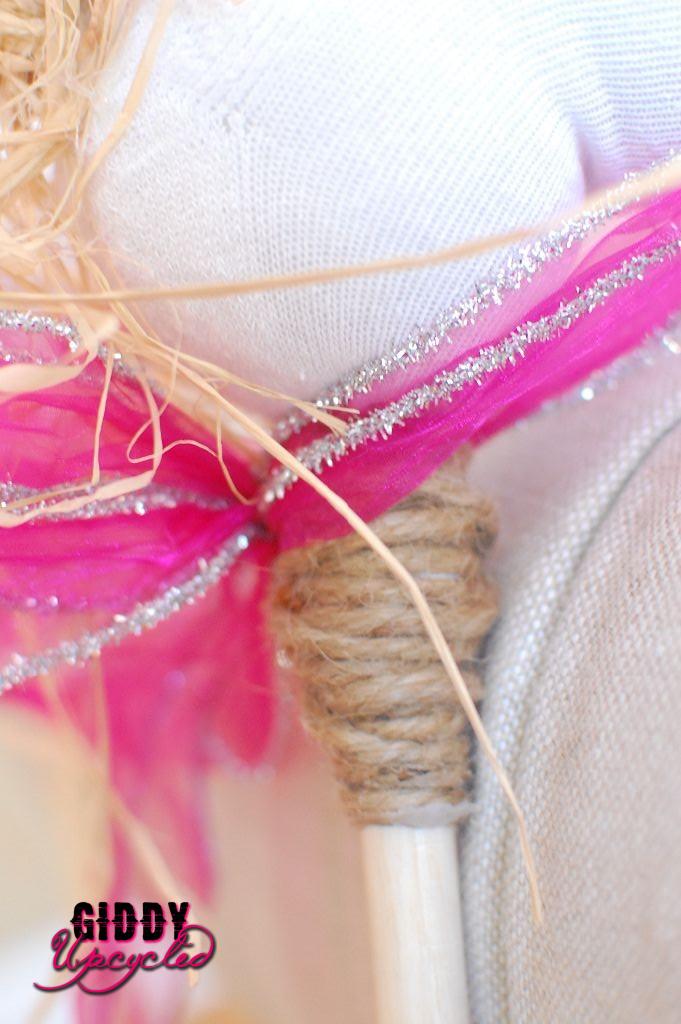 5.  Cut the rope and Glue gun the end of the rope into the wrapped part (tuck it into one of the wraps if possible)

6.  Using the glue gun, glue on the buttons for the eyes, and one for the nose on the end of the sock 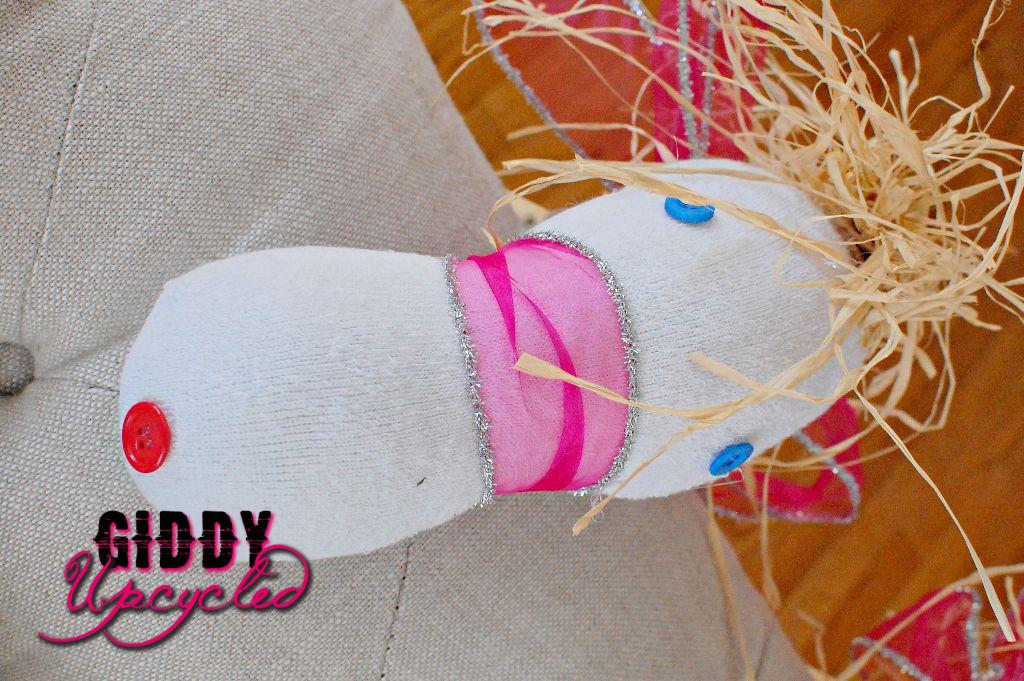 7.  Take a handful of raffia (or yarn or ribbon) and grab a bunch all going one direction.   Then take another handful of the raffia and wrap it around the first bunch, gluing it together as you go.   Then take the bunch that you just wrapped, and glue to the top and along the back of the sock, like a mane. 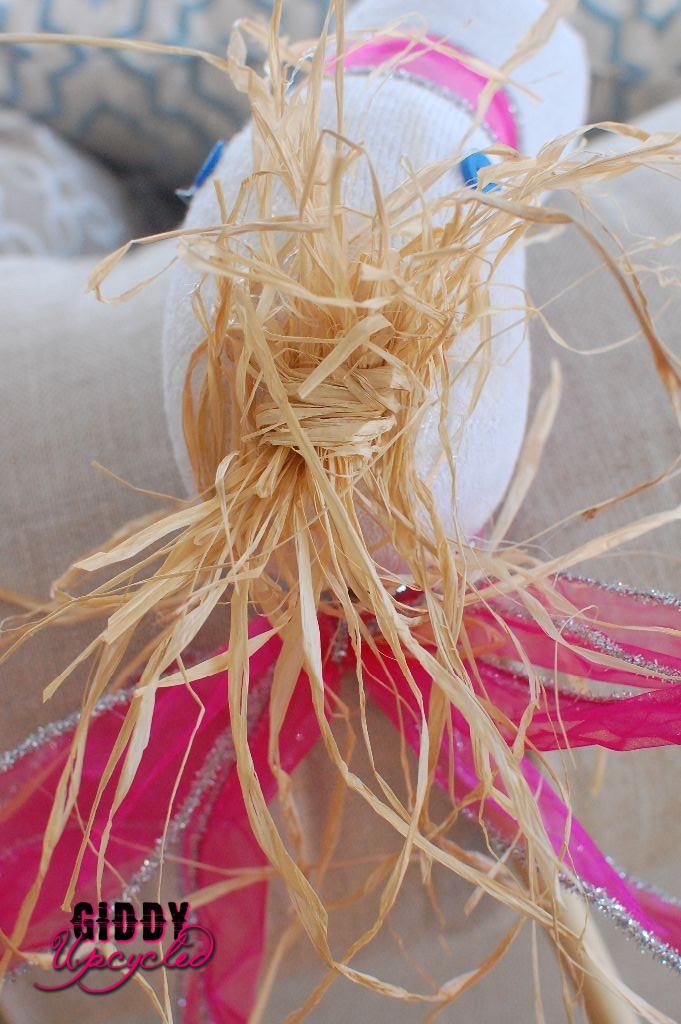 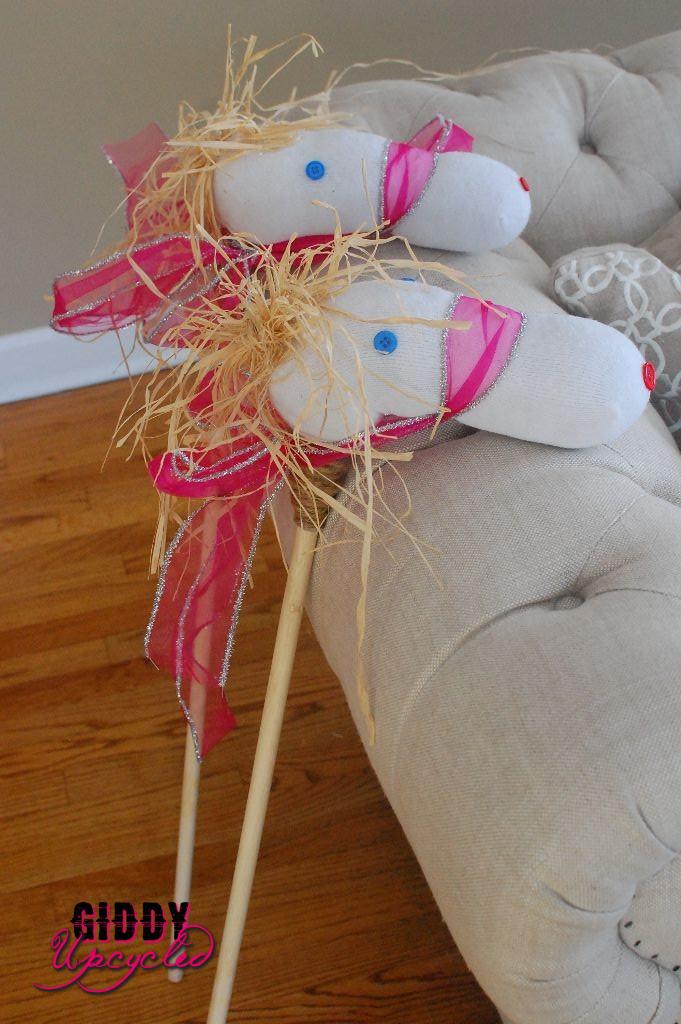 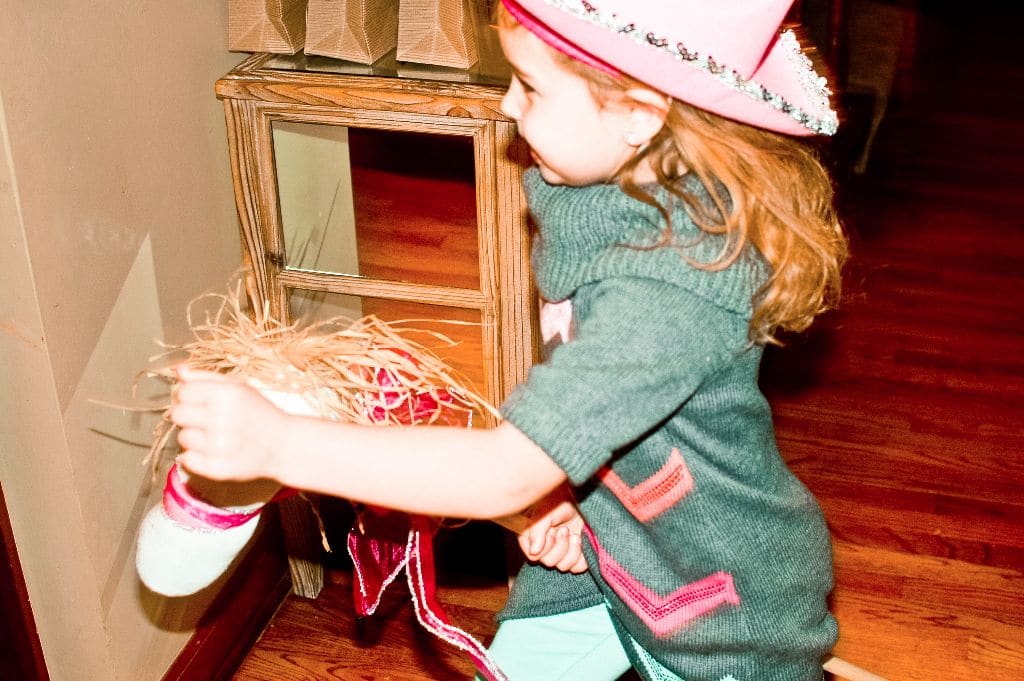 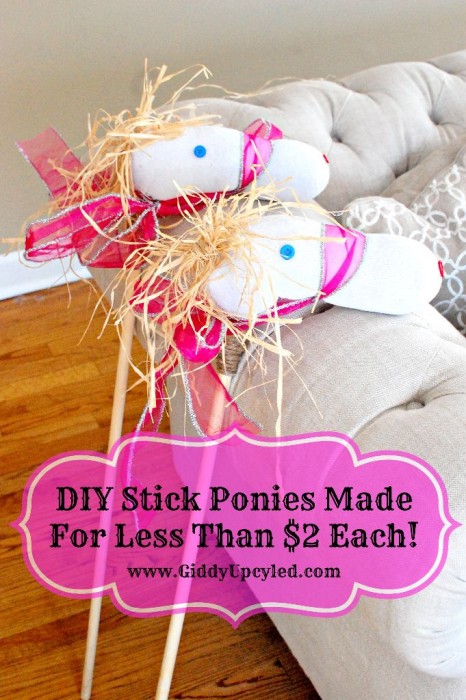